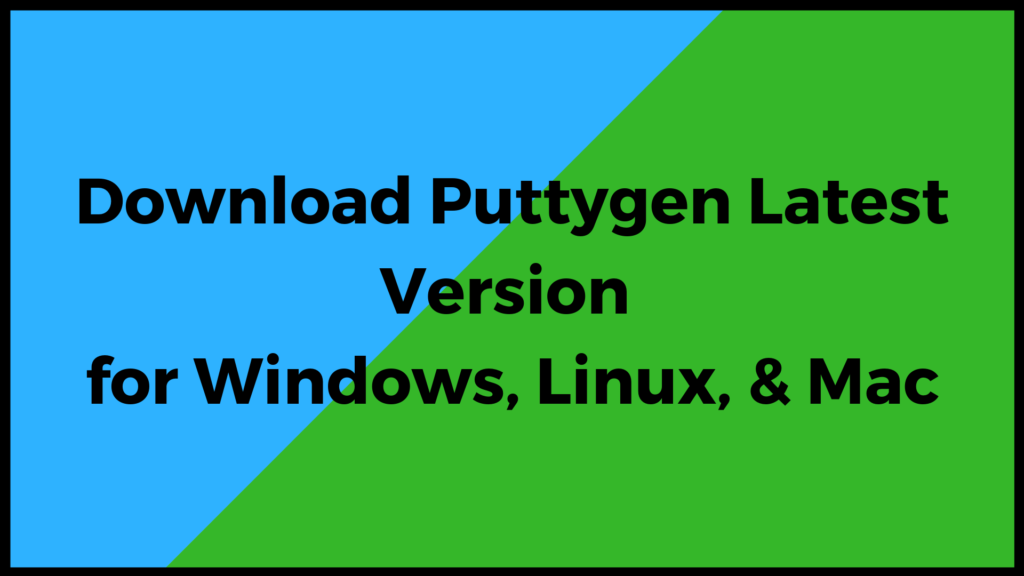 Puttygen is a tool used for generating Public and Private SSH keys for servers. You can create the SSH keys with putty gen, and it’s the primary function of it. Putty gen generates the keys in its file format which is .ppk format. But you can also convert the .ppk format to any other format easily. Putty gen is officially available for Windows, Linux & Mac. The Windows version of Putty gen is the .exe format. You can install on your Windows PC and Run it. It has a GUI (Graphical User Interface) version for Windows. But Putty gen for Linux or Mac is command based. You have to use some commands to use Putty gen on Linux or Mac OS.

Putty gen is a handy tool if you work with servers. It can generate different types of SSH keys for your server and make it more secure. If you are using Putty, which is a very popular SSH client, then you can generate the keys for Putty with the help of Puttygen.

Putty gen comes with the Putty software itself. That means you can access Putty gen from Putty itself. But if you want to download only the Putty gen for Windows, you can do it too. Using Putty gen on Windows is not a big task. You have to download the Puttygen.exe for Windows and the open it. It doesn’t require any installation. You can use it without installing it on your Windows PC. You can use it on any Windows version. i.e., Windows 7, Windows8/8.1 or Windows 10. No matter which version of Windows OS you are using, you can use Puttygen on any Windows PC.

How to Use Puttygen on Windows

There are two different ways of using Putty gen on Windows. You can either open it from Putty, or you can open the Puttygen.exe file itself. I’ve guided both the ways below.

If you’ve already installed Putty on your Windows, then you can go to Windows>Start Menu>All Programs>Putty>Puttygen and click on that. And It’ll start. 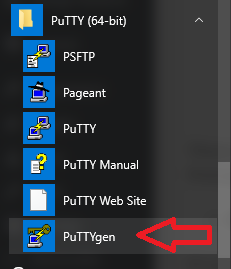 Now, you’ve successfully started Putty key generator, just click on “Generate” to generate your first SSH key with Putty gen. You can also select the Parameters and Number of Bits in a generated key.

If you already have a Generated SSH key, just click on “LOAD”.

After generating the SSH key, just click on “Save public Key” or “Save Private Key” and select your SSH key type. 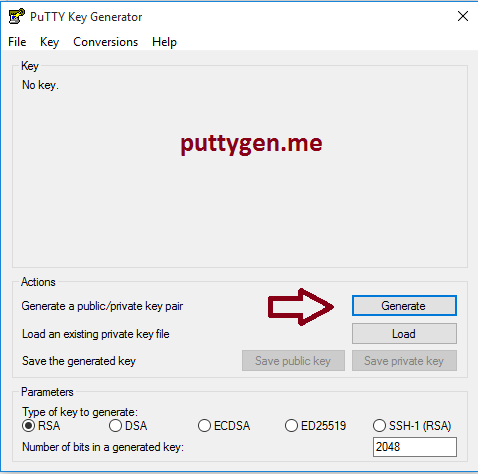 You can access Putty gen with Mac by using command lines. Just go to Utility option from the Top menu and select the SSH connection Supported terminal for remote connections.

You can also install Putty gen in other ways.

How to Generate Key Pair for Authentication in Linux?

Just use the below commands in your command terminal to generate Key Pair for Authentication.

Some Important Command Lines for Putty in Linux

If you are using Putty on Linux for the first time, you need to know some vital commands in order to use Putty on Linux. I’ve given some commands with details below. Hope it’ll be helpful to you.

-t keytype is the command Specifies to the type of a new key to generate. Acceptable values include rsa and dsa. rsa1 is also supported to generate legacy SSH-1 keys, but they should never be needed any more.

–old-passphrase-file file is the command to Specify a file from which to read the old passphrase of the key. This is only needed if manipulating an existing key that is protected by a passphrase.

–new-passphrase file command Specifies new passphrase for the key. This can be used when creating a new key, or with the -P option to change the passphrase.

-O output-type is the command Specify what to output. By default, the private key is output.

So guys, hope you liked this post. If you liked, just share this post with your friends and family who needs to know about Puttygen. If you have any question or if you face any problem to Download Puttygen, just comment down in the comment section below and I’ll try my best to solve your problem.